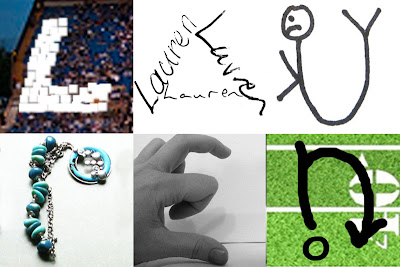 i'm done! i'm officially done! i made it through all THREE HUNDRED AND SIXTY-SIX  days!! holy smokes! i know that this was my intention all along but i never truly believed that i'd make it through. i did it.

some of you have asked:

1. will you do another 365-project? yeah, i'm gonna pass on that for awhile. i'm working on my project life right now but i don't think i'm going to attempt something as ambitiously creative as this name project for a while.
2. what have you learned most? i've learned that i hate the name "lauren". just kidding. i still love my name and i still get excited when i see it in print anywhere but i've really learned just how to expand my creativity every single day. what an accomplishment!

thank you to all who have faithfully checked out my blog every day! my viewership grew from a mere 85 hits in february 2012 to now reaching 2,000 hits in january 2013! that's some serious growth. i'm going to bow off for awhile now until i come up with a new idea. blogging every day has been amazing but also amazingly time-consuming. i've loved this but am exhausted at the idea of doing it again so soon. :)

Email ThisBlogThis!Share to TwitterShare to FacebookShare to Pinterest
Labels: 365names

karen sent me a screen print of one of the texts i had just sent her about my new diet plan. lol we always need new diets every week because we like to keep it challenging and interesting. :) because it had my name on the top, i thought "perfect"! done! 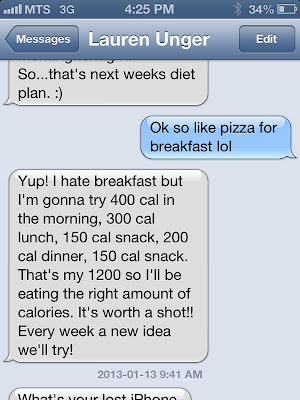 had i thought of this in december, it would've been much more fitting. we've kept our christmas tree up in our office because we want to see how long it will take before it gets ridiculous and annoying. then, with karen's suggestion, i bent the leaves to spell lauren. it's hard to see, yes, but it's definitely there if you look hard enough! 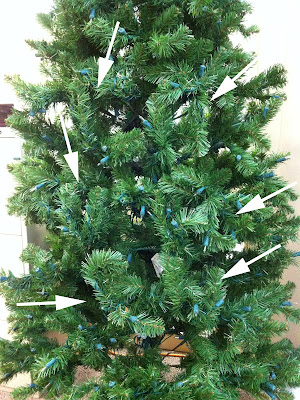 Posted by Lauren at 8:55 pm No comments:

yup. i've done the golf ball thing before but they were just aligned, not written on. lol any idea that i can get right now i'll take! this has not been an easy last 63 days!! 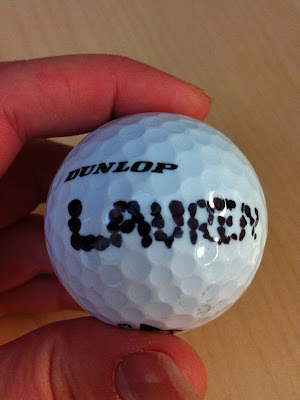 Posted by Lauren at 8:53 pm No comments:

how had i not thought of this one before?? love it. just rearranged the rolodex cards in a more "lauren" sort of way. 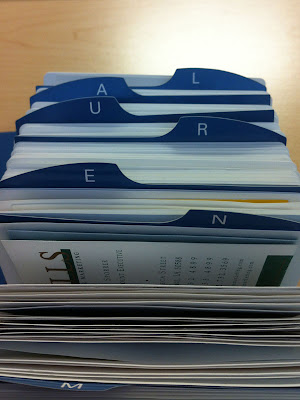 grabbed a file folder today and whited out my name on it. simple. check. done. 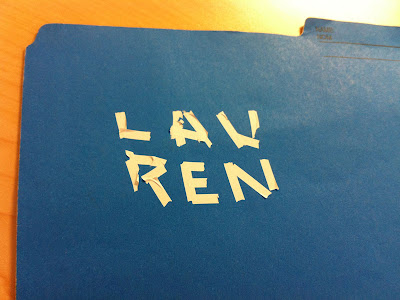 Posted by Lauren at 8:51 pm No comments:

Email ThisBlogThis!Share to TwitterShare to FacebookShare to Pinterest
Labels: 365names, white out, work

my co-worker's daughter created this label and stuck it on my computer several years ago. i've never wanted to take it off because, well, it's true. lol i also keep my "i'm ready to call nasa" sticker next to it. oh, and a george sighting. he is my desktop background. 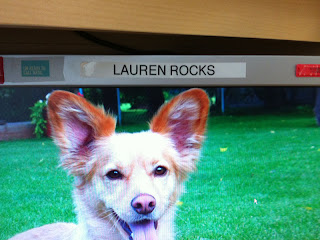 Posted by Lauren at 8:50 pm No comments:

yeah, i've done name tags before but this one is different from all the rest so i figure it still counts. c'mon, people. i've made 359 names, i deserve to have a few similar ones. ;)

this name tag i created today because i volunteered by teaching a cooking class at our local food bank. it was most fun! love love love working with people. 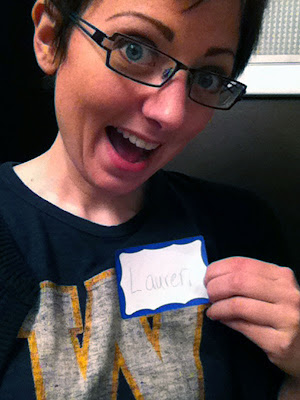 today's name comes courtesy of our online staff directory. :) i had to blur out my extension because i don't want phone calls. lol 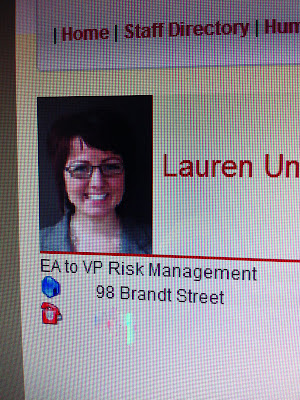 i'm totally obsessed with just dance. it started on new year's eve when i played it at a friend's house. then i rented just dance 3 for two weeks until my new just dance 4 arrived in the mail. it is so awesome. i've always loved to dance and now i'm dancing for 60 minutes every night and burning hundreds of calories doing it. awesome!

oh, but just dance 3 is stupid because my name could only be 5 characters long so i had to photoshop an "e" into there and it looks totally awful. #fail #bummer 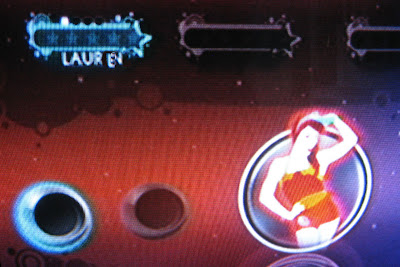 Posted by Lauren at 3:11 pm No comments:

i love to change up my living room so a few weeks ago i came up with a new ideas involving frames and these umbra flowers i'd had forev. then i decided to photoshop my name to make it look like it is on the wall. 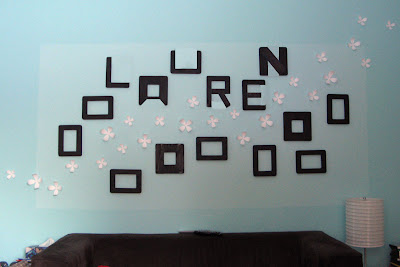 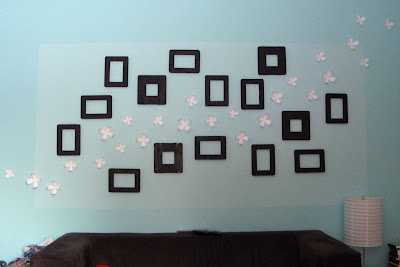 Posted by Lauren at 3:09 pm No comments:

another name that's been on my idea list from the very beginning! finally got around to it! 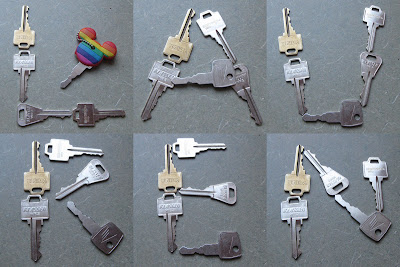 styrofoam is my mother's worst nightmare. it's funny how much she despises it. so, i made sure to save this one for at my house and for the very end of the project. 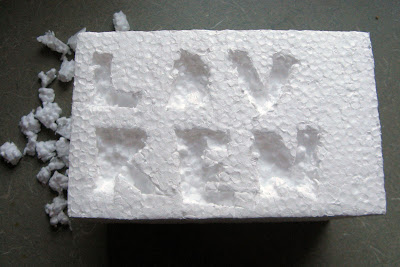 Posted by Lauren at 3:07 pm No comments:

a bit of a cop-out today because these are just the letters i cut out of yesterday's t-shirt. still, it's another name and at this point, i need any name i can come up with! only 13 to go!! 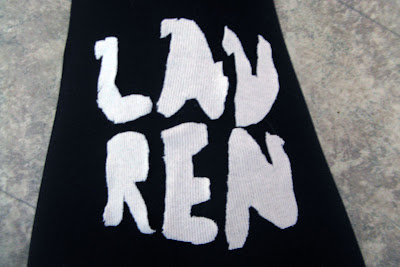 i was about to throw this old t-shirt in the garbage when i realized i had an opportunity to make a name out of it! so, i grabbed a pair of scissors and started snipping away. of course, once i put it on and it was stretched across my massive hips the name got distorted but it's there! 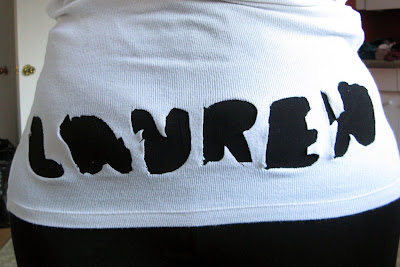 Posted by Lauren at 3:04 pm No comments: